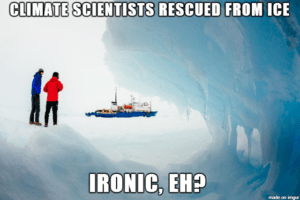 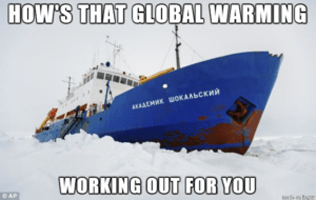 TRUMP is gonna stop all of the lieing GLOBAL WARMING LIERS becuase the lie about climate change and ITS NOT REAL AN THE LIBTARDS WONT NOT except it AND YOU CAN TELL IT FAKE BECUASE ITS geting colder and COLDER and COLDER so it not geting WARMER. it is a lie from CHINA to STEAL ARE JOBS and they payed scientests from all over the places to make up the story but any moran can tell that it is cold not warm. They had a BIG SNOW STORM up north and there was also and ICE STORM up north and were i live it is COLD right now ITS LIKE 60-70 DEGRES AND IT IS NORMLY 80 DEGRES IN FLORIDA AN WE HALF NOT HAD NO HURCAINES THAT WHERE BIG ONES SINCE LIKE OVER 10 YEARS AGO CALLED WILMA AFTER KATERINA so unless you HALF NO BRIAN you can just tell it all  A HOAX! you need to except the fact that their is no global warming AT ALL WHAT SO EVER AND ANY ONE WHO BELEIFS IT IS BRIAN WASHED LIKE YOU WONT NOT BELIEF!!

THIS PROOFS ITS FAKE:
http://rwcnews.com/scientific-evidence-disproves-global-warmingclimate-change-hoax.html